In a significant new study, a team at the University of Dundee has shown for the first time that sputum neutrophil elastase (NE) activity, when measured using the ProteaseTag® Active NE Immunoassay,  is a biomarker of disease severity and future risk of exacerbation in adults with bronchiectasis.  The full text of the University of Dundee press release is below.

PRESS RELEASE FROM THE UNIVERSITY OF DUNDEE

A study conducted by the University of Dundee has shown for the first time that a simple test can predict chest infections before they happen in patients with bronchiectasis, a common lung condition which affects people of all ages and leads to thousands of hospital admissions every year in the UK.

Bronchiectasis is a long-term chronic condition where the airways of the lungs become abnormally widened, leading to a build-up of excess mucus that can make the lungs more vulnerable to infection. Patients can suffer from a persistent cough and breathlessness as well as persistent chest infections.

The condition is one that cannot be cured but the symptoms can be managed to increase the life quality of sufferers.

“The value of finding a test to predict infections before they happen is that we can make sure patients are given preventative medicines to keep them healthier and maintain a better quality of life,” said Dr James Chalmers, Senior Clinical Lecturer and Honorary Consultant Respiratory Physician at the University of Dundee.

Dr Chalmers led the new study, which enrolled more than 380 patients with bronchiectasis. The test measures an enzyme in the lungs that is released when infection is building up, but before patients necessarily have the symptoms of an infection. Patients testing positive for the enzyme, called neutrophil elastase, were more likely to have chest infections, and also experienced a more rapid deterioration in their condition over the course of 3 years.

Dr James Chalmers said, “Bronchiectasis affects 1 in every 1000 adults in the UK, but doesn’t always receive the same attention as some other respiratory diseases, despite the devastating effects it has on many sufferers. There are no widely accepted biomarkers of disease progression in bronchiectasis, but our study has shown that measuring levels of the active form of neutrophil elastase provides a viable and exciting option for assessing and monitoring this disease.

“We hope to do further trials next year with the aim of using this test to improve patient outcomes.”

Tayside is one the leading centres in Europe for research in bronchiectasis, with Dr Chalmers and colleagues caring for more than 600 patients across the region and leading a network of specialist centres across Europe for this condition. (www.bronchiectasis.eu)

Commenting on the study results, Dr David Ribeiro, CEO of ProAxsis, said, “We’re very excited by the outcome of this study. The authors have demonstrated that active neutrophil elastase, when measured using our ProteaseTag® technology, can support clinicians in predicting which bronchiectasis patients are most at risk of future exacerbations and worsening of their disease.”

The study was a collaboration between scientists at the University of Dundee, including Dr James Chalmers, Dr Jeffrey Huang and Dr Tom Fardon, and scientists from Belfast and Barcelona.

The study is published in the online version of the American Journal of Respiratory and Critical Care Medicine in December, and can be found on the American Thoracic Society website.

The full article can be viewed here: http://www.atsjournals.org/doi/abs/10.1164/rccm.201605-1027OC?url_ver=Z39.88-2003&rfr_id=ori%3Arid%3Acrossref.org&rfr_dat=cr_pub%3Dpubmed&
or download the (142 pages / 2.2 Mb) pdf : Neutrophil elastase activity is associated with exacerbations and lung function decline in bronchiectasis

The University of Dundee is one of the world’s top 200 universities and in 2016 was named Scottish University of the Year for the second consecutive year (Sunday Times Good University Guide).

Dundee is internationally recognised for the quality of its teaching and research and has a core mission to transform lives across society. We are the top ranked university in the UK for biological sciences research, according to the most recent Research Excellence Framework, the major survey of research quality.

ProAxsis is developing a range of products for the capture, detection and measurement of active protease biomarkers of diseases. This test measures Neutrophil Elastase, a leading indicator of infection in patients with Cystic Fibrosis (CF), Chronic Obstructive Pulmonary Disease (COPD) and bronchiectasis, and an important drug target. The rapid and easy-to-use tests incorporate patented ProteaseTags®; smart molecules which trap an active protease within a complex biological sample and enable a visual readout of its presence. ProteaseTags® provide a unique tool to identify and quantify active protease biomarkers and will assist in the clinical validation of new therapeutics.

ProAxsis is part of the NetScientific Group and is one of the Group’s core portfolio companies. The company is also supported by QUBIS, the commercialisation arm of Queen’s University Belfast.

Other posts that you should not miss.
News, ProteaseTag®

ProAxsis will be presenting further data on its ProteaseTag® technology, at the American Thoracic Society Conference, which takes …

ProAxsis Ltd today announces that the company has completed the development process for NEATstik®, a novel point-of-care … 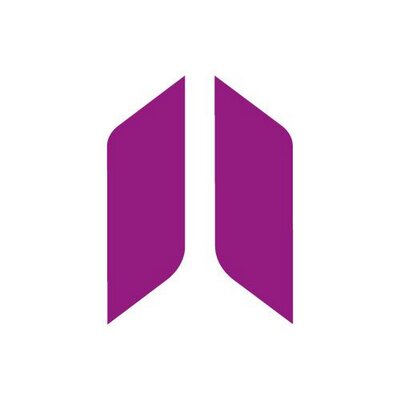 ProAxsis
Follow Me
We are delighted to announce that as of today, we have appointed an exclusive distributor for our portfolio of prod… https://t.co/rmCmIugsLa
10 days ago - ProAxsis
Due to our continued expansion, we wish to recruit an Administration Officer. This post can be full-time or part-ti… https://t.co/k3wKwVfOKy
29 days ago - ProAxsis
RT @Po_Strale: Human neutrophils swim and phagocytize bacteria! https://t.co/pPTUWg9hyO
37 days ago - ProAxsis
We are currently recruiting for a graduate chemist with an interest in peptide synthesis. Closing date is 5pm on 31… https://t.co/RqJo3ThEez
37 days ago - ProAxsis
Copyright © 2016-2018 - ProAxsis - All rights reserved.
ProteaseTag® Active Neutrophil Elastase Immunoassay used to predict future risk of exacerbation in bronchiectasis | ProAxsis